An air conditioner works much like a refrigerator, but instead of cooling a small space, it cools an entire room, house, or building. The process relies on a physical law called phase conversion in which a liquid converting to a gas absorbs heat. Refrigerants are the chemicals used both by refrigerators and air conditioners, the most commonly used being R-22 and the newer R-410A.

Basically, refrigerants are looped from inside the house to the outside and back again. They absorb and remove heat while inside and cool off outside before re-entering the house and starting the cycle over.

As hot air flows on the cold, low-pressure coils of the evaporator, the refrigerant moving through absorbs the heat as it changes from liquid to gas. To convert the gaseous refrigerant back into a liquid and keep the cooling process going, the compressor puts the gas under high pressure. Extra heat is created in this way so the condenser coils must help push the gas outdoors where it can cool and return to a liquid state to begin the process again.

It’s a process that continues on an endless and effective loop. The liquid refrigerant has a phase conversion into gas where heat is absorbed, followed by compression and a phase transition back into a cooled liquid.

They Do More Than Just Cooling

Air conditioners mainly work to cool indoor heat, but they also carry out other functions in the home. Units can monitor and regulate the air temperature via a thermostat as well. Air conditioners can also be helpful in removing airborne pollution and work as dehumidifiers, collecting humid air and releasing the moisture.

New innovations such as the technology seen in ductless systems enable you to have advanced filtration in each room of your home and make the cooling process even more efficient, allowing you to save on utility bills. 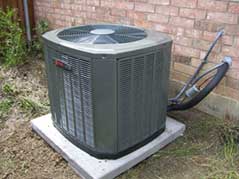 What’s Involved in an AC Unit Install?
Has the time come to replace your air conditioner?… 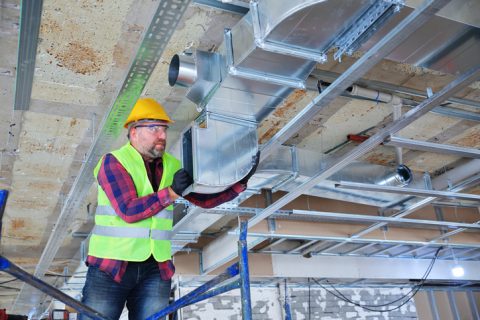 Utah summers can be sweltering, leaving you no choice but to retreat inside and blast the air conditioner. If your…